Nasir El-Rufai, the executive governor of Kaduna State, has given an insight on how he intends to appoint a new Emir of Zazzau to replace Late Shehu Idris, who died on Saturday, September 19, 2020.

The Street Journal had earlier reported that a new emir is expected to emerge from any one of the four ruling houses of the emirate, according to tradition. These ruling houses include Katsinawa, Mallawa, Bare-bari and Sullubawa; and late Idris happened to be from the Katsinawa ruling house.

Governor El-Rufai is currently saddled with the responsibility of deciding who occupies the throne.

El-Rufai, in a Facebook post on Thursday evening, posted a picture of a seminal work on the old Hausa kingdom of Zazzau which he said he is consulting while awaiting the submission of the Zazzau kingmakers.

The book is ‘Government in Zazzau, a sociological exploration of the old emirate’ and was written by a former colonial officer.

“KADUNA UPDATE: While awaiting the recommendations of the Zazzau Emirate kingmakers, I am re-reading Prof MG Smith’s authoritative epic on the selection of Zazzau Emirs from 1800 to 1950 to guide me in taking a decision. “Government in Zazzau” was published in 1960.

“The kingmakers recommend but ultimate responsibility to choose rests on my humble self. I must be knowledgeable about the process as the aspirants and kingmakers,” the governor wrote on his page. 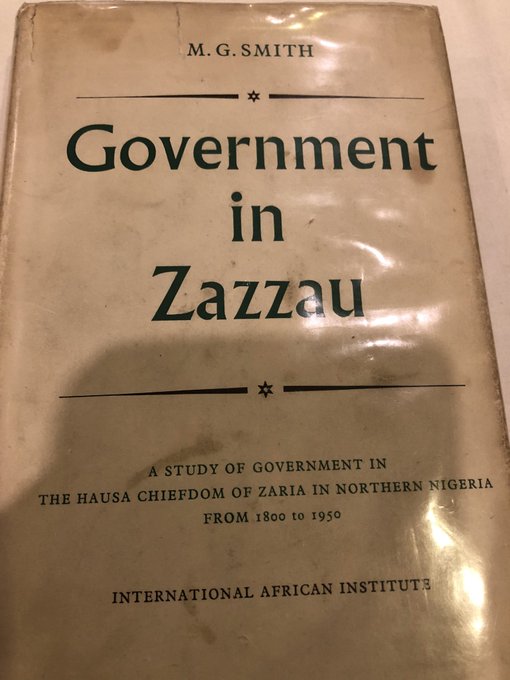 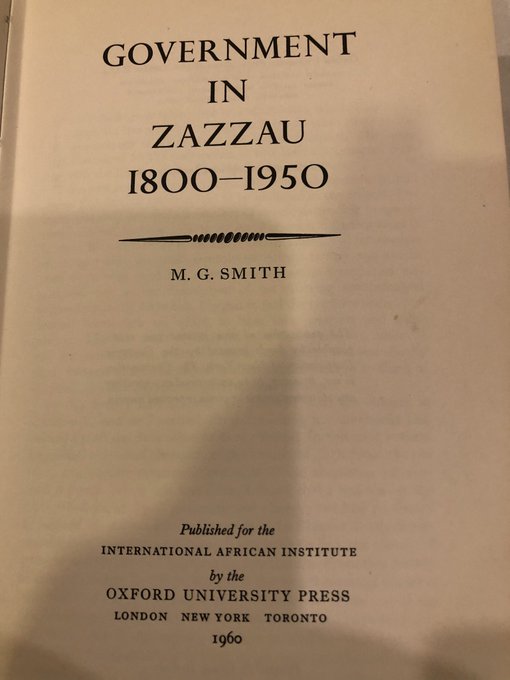 More about the candidates

He is considered the most entrenched in the affairs of the palace. Late Emir Idris succeeded Mr Aminu’s father, who died in 1975.

As a chartered accountant and businessman, Mr Aminu has stayed the longest among the princes as a titleholder and district head in the emirate.

Until the reforms two years ago to resize Kaduna traditional institutions, Mr Aminu was the district head of Sabon Gari, a position he was first appointed to in 1979. This, coupled with the position of Iyan he holds, makes him an heir apparent of sorts.

According to sources, a major factor counting against Bashir Idris is his age.

Born in 1974, the holder of the traditional title of Turakin Zazzau is the youngest of the contenders, with attendant lesser experience and connections needed to pull the needed strings.

It is unlikely also that he would be given a chance considering the rotation among ruling houses and his father’s long reign.

There are whispers that it is going to be a neck to neck battle between the 66-year-old Mr Ja’afaru and 54-year-old Mr Bamalli, with each presenting ample credentials.

While Mr Ja’afaru is considered close to President Muhammadu Buhari and well connected among political and business elite, Mr Bamalli is a close associate of Governor El-Rufai and a distant relative. Mr El-Rufai has distant blood relations with the Mallawa clan.

An immediate past Nigerian ambassador to Thailand and Myanmar, Mr Bamalli, a descendent of the late Emir Aliyu Dan-Sidi, is the closest Zazzau prince to the powers-that-be in Kaduna. He was appointed ambassador in 2017 at the instance of Mr El-rufai who had earlier appointed him commissioner in the Kaduna State Independent Electoral Commission.

Mr Bamalli’s Achilles’ heel, however, is his distant connection to the throne as his family line has not occupied the position for a long time. He is the only one among the major contestants whose father did not occupy the emir’s stool.

Mr Ja’afaru has a long-standing relationship with Mr Buhari and a horde of other elites in the North.

‘It Was Key’: Wike Attributes Edo Election Success To Visa Ban On Riggers

More in Art and Culture

JUST IN: Emir Of Zazzau Is Dead